Recently, several authors began discussing writer conferences in the comments section on a blog. Two opposing groups soon formed: those who sang the praises of conferences and those who thought conferences were a waste of money and time spent writing new books.

The most interesting takeaway about this discussion was how romance authors fell in the former group with other authors (horror, sci-fi, literary) joining the latter.

In May, I attended my first readers’ conference, Romantic Times, known as RT—a whirlwind event of epic marketing and learning opportunities for writers and a time for readers to meet kindred spirits and their favorite authors. For years, I considered attending RT and decided to save my pennies until after my first book came out. You get a lot of swag for your buck at conferences like RT, but is it worth it?

It depends. As an author, if you’re comparing in-coming dollars to
dollars being spent, then no. If you see it as an opportunity to
network, engage new readers, and learn more about the industry, then it’s a
tax-deductible investment that’s guaranteed to give you future returns.

Let’s breakdown the costs I incurred for RT to give you an idea of how much attending a large conference like this one can set you back: 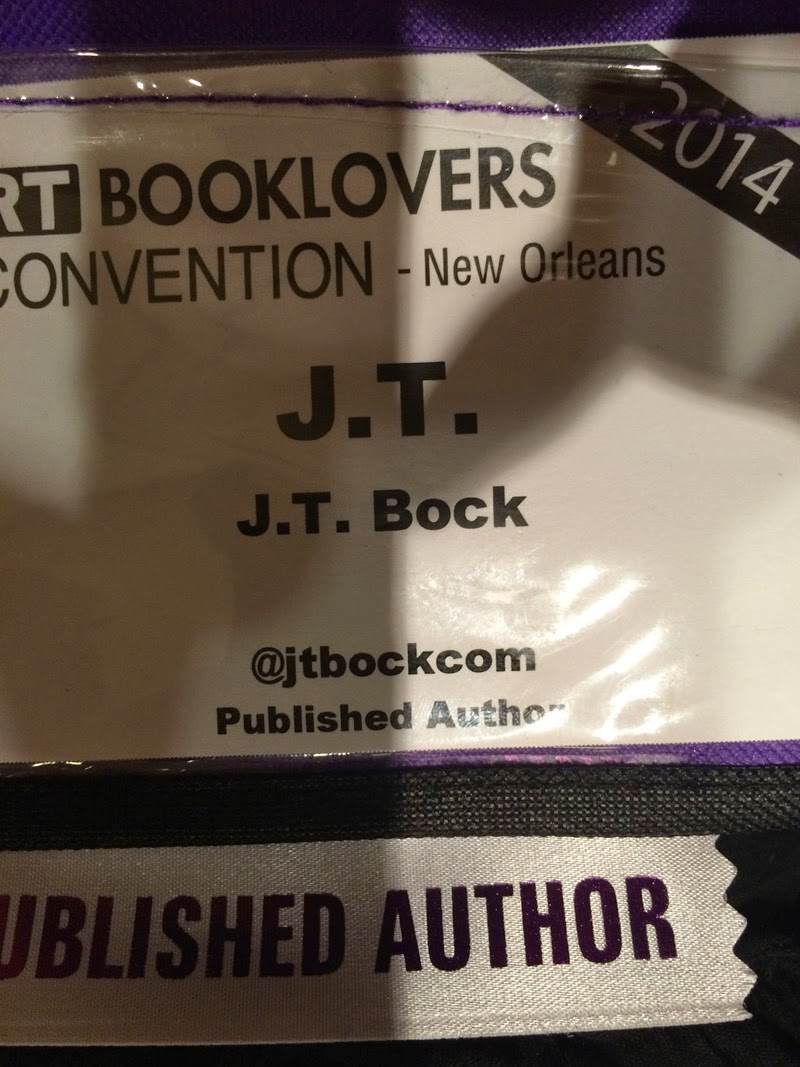 For the majority of authors, those who aren’t best-sellers backed by huge publishers, these expenses come directly out of their pockets. My author promo materials were minimal. Other authors sponsored RT events and parties, paid for advertising in the goodie bags or with promotional posters, or put out banner stands and gave away high-end swag at the book fair. The expense can easily be many times higher than what I spent.

Again, is it worth it?

With so many writing conferences—large and small, reader focused and author focused, local and  across the country—I decided to poll my fellow Washington Romance Writers (WRW) to get their take on conferences, since romance authors seemed to find value in conferences more than other genre writers. Overall, their comments mirrored why I believed attending conferences are worth the money.

Overall, everyone interviewed for this blog felt the conference costs were worth the benefits: manuscript requests and book sales, making new friends (other writers who understand and support you), and marketing opportunities. The trick is to be proactive in making those connections with other attendees.

I met author Debra Dunbar at the WRW Retreat. We both write paranormal romances with a humorous tone so she invited me to contribute to a short story anthology being released in December. I was honored by this opportunity, which may never have transpired if we hadn’t spoken at the Retreat.  An ad in a magazine or on a blog will never be as memorable as a face-to-face meeting over a conference meal, workshop, or at a book signing. Not to mention the opportunity to let loose and enjoy publisher and event parties. At RT, we enjoyed a pub crawl with cover models, a Mardi Gras party, and lots of great New Orleans food.

Taylor Reynolds noted that location is one of her key factors in attending a conference. If two conferences offer similar workshops and networking opportunities and one is in Iowa and the other in Florida, she’ll choose the latter. Iowa is very lovely, but Florida has beaches, which will come in handy when winding down from conference mania.

And, as the authors constantly reminded me, it’s all tax deductible.

Here’s a list of fan and writer conferences recommended to me by readers and authors:

Any suggestions on conferences you enjoy? Have you felt the conference experience is worth the price?

After many years of asking for a Wonder Woman movie, the fans will finally get…

Romance readers and bloggers living in the Maryland, DC, and Virginia area. We have an…

I discovered my favorite color when I was four years old. During summer break from…